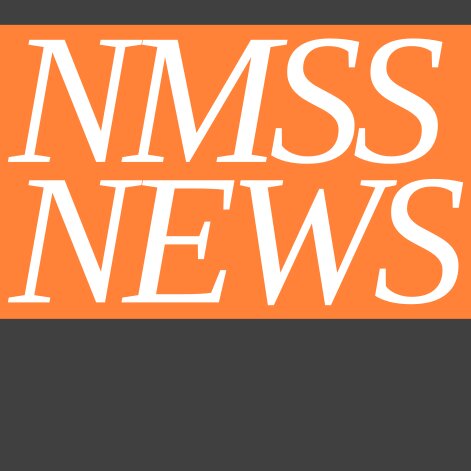 When I told my family that I was applying for a two-week maths camp, they gave me a look and then continued on with their day. When I told my maths teacher, he laughed and called me a nerd. But that didn’t stop me applying, nor did it diminish the excitement that came with my offered place at the camp. I was keen for the opportunity to experience more than just everyday school mathematics and NMSS did not disappoint.

Skipping forward about a month after I accepted a position, the bushfires had arrived in the ACT, and it was decided for the safety of all involved in the camp that NMSS 2020 would be cancelled. Needless to say, I was disappointed but the prospects of the offered week in Melbourne kept my hopes alive. Thanks to the relentless work of our dedicated director, the flights for every student were booked within the week, and we were off.

What followed was easily the best week of my life. I knew no one else going, and as you can guess, I was quite nervous. But I needn’t have feared. Upon my arrival I was greeted by the friendly tutors who tirelessly urged us to think deeply of simple things, the experienced students who went out of their way to welcome us all and ease our nerves, our welfare officers who proceeded to keep us safe throughout the week, our lecturers who never ceased to broaden our perspective of mathematics and our directors who brought the whole event together. I was brought into a family of people who strived to make themselves better and who incorporated me into their group without a blink. I learnt not only new concepts but new ways of thinking, of interacting with people and saw a new side to a subject that I thought I new inside and out. NMSS is an experience that I will never forget and I am extremely grateful for the opportunity I was offered.

People always say that home isn’t a place, but the people that live there. I think the same applies for my experience at NMSS. While I enjoyed living on campus and was amazed by different fields and aspects of maths that does not get covered at school, it was the people that I met and the wonderful community bonded by a love for mathematics that I experienced, that I think will stick with me forever.

The maths that we did at camp was inherently different from anything that I had experienced before, it was messy, took a lot of experimentations, and you were not always guaranteed a neat solution (or a solution at all!). I valued this experience, as it really provided insight into what mathematics is like. It is, after all, not about what the solution is, but the exploration, discovery and learning process. We covered number theory and algorithms during the camp. Number theory takes you back to the basics of numbers, one example was when we constructed the set of integers from only axioms, it was this sort of focus on fundamentals that made me understand maths more.

But it really was the people and community there that really made an impact on me. I had the valuable opportunity to meet so many like-minded people. It was always fun talking to people my age about the future, our experiences and about problems in question sets. Everyone always has unique perspectives and approaches to problems that often inspired me in some way.  I’m also very grateful for all the tutors and lectures and speakers, talking to them made me realise all the possible paths I could take with mathematics in the future.

From the daily jokes during announcements, tutorials, “assassins”, and board games, NMSS was such a supportive and inclusive community that made me feel at home from the first night. I really loved this community that is brought together by our love for maths, everyone was eager to engage in more intellectual conversations, or just messing around. I feel like it was the perfect balance of learning and fun. NMSS gave me a valuable opportunity to be able to experience what being in a mathematical community feels like. And I am simply in love with it and had an unbelievable week.

Overall, NMSS was such a great experience that truly showed me what being a mathematician is like. It introduced me to so many interesting aspects of mathematics, allowed me to form so many valuable friendships and was overall an unforgettable experience.

This article is from the 2020 edition of the NMSS Newsletter. To receive the newsletter in your email, please contact admin@nmss.edu.au with your name and preferred email address.

A senior lecturer in mathematics at Monash University, Dr Norman Do was a NMSS student in 1997 and 1998. He has been a NMSS staff member since 2001, including taking the first week of number theory lectures on five occasions.

Well, what a year it’s been so far! As an academic mathematician whose lectures underwent a forced migration online and as a parent who has necessarily become more involved in my children’s day-to-day learning, I have found myself thinking deeply about the not-so-simple thing we call teaching. Although I was asked to share here some of my thoughts on maths education, I must admit that I am certainly no authority on the matter, but just a humble practitioner striving to do better. So I will merely pass on the wisdom of others in the hope that someone apart from myself might find it interesting.

The educational literature, blogosphere and Twitterverse are awash with well-intentioned dictums, of wildly varying degrees of utility. However, on the odd occasion, one comes across an aphorism beyond whose pithy facade lies a kernel of truth that can help to catalyse constructive change. The following are three examples that have particularly resonated with me during this disrupted year of teaching and learning.

All too often, mathematics instruction is delivered in a manner that is cold, heartless, austere and mechanical. Worse still, it can be delivered without regard for the people on the receiving end. I know that I have certainly been in the audience while a lecturer reads out dense abstract mathematics from slides while I scramble to take notes. Such experiences made me wonder: could I have learnt this without the lecturer? Would the lecturer have taught this without the students?!

I firmly believe that good teaching should appeal to our natural human desires: to make meaning of the world around us, to impose order on it, to stir the curiosity within ourselves, to become explorers of ideas, and simply to play.

Furthermore, a student-centred approach to teaching maths needs to take into account just how much each individual brings along to their learning. This includes their previous experiences with the subject in and out of the classroom, their intuition, their goals and ambitions, and their personal circumstances. It might seem obvious to say that not everyone has shared my mathematical upbringing and experiences, that not everyone seeks to become a professional mathematician like myself. That diversity is indeed a good thing and my teaching needs to reflect that.

Few people would argue with the fact that motivation and achievement are intrinsically linked, and perhaps more so in the study of mathematics than in most other disciplines. However, there is a strong tendency to err on the side of believing that it is motivation that leads to achievement, when there is mounting evidence to suggest that the direction of causation is stronger in the opposite direction than we think. Thus, to create the virtuous cycle in which motivation begets achievement and vice versa, we should focus on the latter, rather than the former.

To a certain extent, it is good practice to motivate students to learn, whether by proverbial carrot or proverbial stick. However, this should take second place to teaching students well, scaffolding their learning, giving them opportunities to achieve, and celebrating those initial learning victories. Intrinsic motivation then follows.

Maths educators often dread when a student asks the question: why is this useful? This of course deserves a response, but I claim that there is no need to pre-empt the question and no need to preface each lesson with talk of applications. That discussion should enter naturally and, at least from my own experience, doesn’t necessarily achieve the desired goal of motivating students to learn. Most commonly, the student asking why this is useful is one who hasn’t fully grasped what is being taught, and that is the issue that really needs to be addressed.

On this note (excuse the pun!), if all you have is the middle C key on a piano, then there’s very little of value that you can do. However, that key in the context of the whole keyboard allows you to replicate musical masterpieces and to compose hitherto unheard melodies. So a short and honest answer to why solving the equation

is useful is that, in isolation and without context, it probably isn’t!

Mathematics education, particularly at the secondary and tertiary levels, is overly concerned with the delivery of content and the assessment of skills. The metronomic pace of a curriculum can be constraining, without allowing students the latitude to flex their creative muscles, to develop the resilience required to flourish in productive struggle. It is also unforgiving to students who don’t keep up, when it is slow and deep thinking that we should value and encourage.

From my experience, the exemplar of a teaching and learning environment that encompasses this philosophy is the National Mathematics Summer School. As with some of you reading this, I had the opportunity to sit through Terry Gagen’s amazing number theory lectures, as a NMSS student in a previous millennium. At the time, I knew that what we were learning and how we were learning were markedly different from any previous experience. Yet it took several more iterations of seeing those lectures from the perspective of a tutor to truly appreciate what that difference was.

You see, Terry didn’t explicitly tell me what Euclid’s algorithm is and he never explicitly proved to me why it worked. He simply showed it to me and that in itself was an invitation to try it out for myself, to wonder why it worked in his example as well as mine, to go down the rabbit hole, so to speak. Then Terry showed me Euclid’s algorithm not just for two whole numbers, but for two polynomials, and my mind was blown.

There was no imperative to cover a certain amount of material in the limited timeframe of that wondrous fortnight. Rather, Terry’s lectures enabled us and invited us to become mathematical explorers. Students come to the NMSS at differing stages of their mathematical progression, and they also leave the same way, but hopefully enriched by the experience. They don’t all walk away remembering which prime numbers can be expressed as the sum of two perfect squares and they don’t need to. (With the help of the internet, you could find out in less than a minute!) NMSS students have instead been given the opportunity to discover mathematics for themselves, to take ownership of those discoveries, and to experience what mathematics and teaching and learning can really be.